Careers for BA in Psychology

The Bachelor’s Degree in Psychology: Getting That First Job

Throughout history there have been reports of an odd sounding noise flooding the halls of psychology departments on campuses across the nation. The source? It seems that the tone and tenor of millions of psychology undergrads scratching their heads has culminated into an audible query which loudly resonates: What am I supposed to do with my degree?

An internet survey of information available on the topic leads not to an answer, but actually to massive quantities of self-perpetuating, circular logic. Quippy articles pose the question, “What Jobs Can I Get with a Bachelor’s Degree in Psychology?” and then discuss everything but the answer. Most will do an exemplary job of explaining what qualities a student of psychology must have to graduate; the resources a student of psychology develops both personally and academically; the traits a successful student most probably has acquired in four years of studying human behavior and then wrap up the discussion with a pat on the back and a sturdy “Aatta-boy” hook. The only exception to these “talk a lot and say nothing” pieces are the ones that conclude by listing 900 jobs for which a graduate with a Bachelor’s Degree in Psychology might qualify. These careers range from real estate agent to retail sales and in the long run do nothing but add to the perception that no one really knows what to say about a Bachelor’s Degree in Psychology. It is painfully obvious that everyone wants to say something positive; they just have no reliable grounds on which to base the endeavor. As any well-rounded student has learned in statistics 101, numbers can be presented to say just about anything. Only in this case, whatever they are saying is rattled off in an alien dialect.

Rather than masterfully dodge an acknowledgement that there is an academic baboon in the room; it would seem psychologically sound to introduce oneself, ask it to sit in a comfortable chair and proceed to make some powerfully credible assessments. Probably the most important assertion to make is that when it comes to having a Bachelor’s in Psychology you are on your own. There will be no flashing signs saying, “You will do this with an undergraduate degree in psychology.” No one can say with certainty that you will be hired by this organization or that institution because the market conditions are in continuous flux. To be blunt: there are no definite answers. The only thing for certain is that the future will not be well mapped-out and crystal clear. That is up to you. 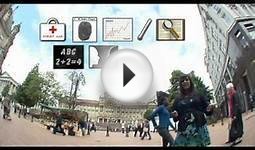 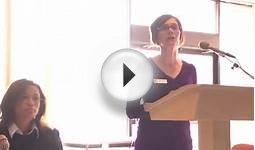