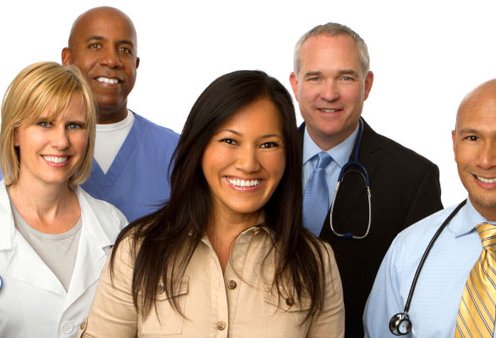 NorthShore University HealthSystem provides care to residents of Chicago's north side and its suburbs. The health system operates hospitals, a home care organization, and a Medical Group with hundreds of primary and specialty care physicians. With 360 beds, the organization's flagship Evanston Hospital has teaching and research programs, as well as capabilities for trauma, cancer, cardiology, and women's health care. The system also includes Glenbrook Hospital (140 beds), while Highland Park Hospital (160 beds), and Skokie Hospital (200 beds). The health care system is affiliated with the University of Chicago Pritzker School of Medicine.

The company's health facility network has grown over the years through acquisitions. Some of NorthShore's notable buys include the Rush North Shore Medical Center in Skokie from the Rush System for Health for about $160 million. The hospital was renamed Skokie Hospital following the acquisition. The organization has also been working to expand its medical group to broaden its offering of specialized health care services. In 2009 NorthShore acquired the Chicago Institute of Neurosurgery and Neuroresearch, adding 20 neurological physicians to its staff. The health system intends to make more acquisitions of that type until it's able to offer the community most major medical specialties.

NorthShore also widens its network and service offerings through organic growth. The health care provider regularly conducts expansion and remodeling projects at its facilities, and has stepped up recruiting efforts to attract high-skill doctors. It has also been working to improve communication within its physician network by investing in information technology initiatives such as installing an electronic medical record (EMR) system and has committed to spending $1 billion in capital improvements over the next five years.

Fortunately for NorthShore, it thrives in an area where the population is young and poverty is limited. While the health system receives a good amount of revenue from Medicare and Medicaid, it also receives income from commercial insurance payers, with a low level of charity care despite economic turmoil in the US. This patient mix, coupled with increased hospital capacity and occupancy rates (more than 70%), has allowed the company to maintain revenue and income growth, as well as plenty of cash on hand to fund its expansion initiatives.