Best Careers in the medical field

Medical secretaries manage the daily ebb and flow of patients through a doctor’s office. Whether they greet you upon arrival or work behind the scenes – ensuring shot records are in order, scanning insurance cards and collecting copayments – these professionals manage a fast-paced and often hectic environment. Medical secretaries may also assist with medical reports, take medical histories, arrange hospitalization and order surgical or medical supplies – in addition to answering phones and directing patients. “On an average Monday, we answer up to 500-plus phone calls, ” says Ruth Scott of her former role as support and reception team leader at Medical Associates of Northern New Mexico. “At any given time, we have six to eight receptionists on the phone, checking people in and out. We can see up to 134 patients-plus a day.” Medical secretaries may work at outpatient care centers, in physicians’ offices and hospitals or in the offices of other health practitioners, such as chiropractors and optometrists.

The rapid growth of the health care industry and an expected increase in demand for medical services by aging baby boomers will bolster job prospects for medical secretaries in the coming years. The Bureau of Labor Statistics predicts employment growth for medical secretaries of about 36 percent between 2012 and 2022, which is much faster than the average growth for all occupations. Job prospects are particularly good for those looking to work in physicians’ offices and surgical hospitals.

According to the BLS, medical secretaries earned a median salary of $31, 890 in 2013. The best-paid earned about $46, 420, while the lowest-paid earned $22, 150. The biggest employers of medical secretaries are physicians’ offices and hospitals, and the metropolitan areas that compensate them the best are San Jose, California; San Francisco; and Norwich, Connecticut.

People with high school degrees and a solid working knowledge of basic office and computer skills qualify for many secretarial positions. But the requirements are more stringent for medical administrators. People interested in these positions should enhance their knowledge of medical terminology at community colleges and vocational schools.

You don’t need fancy credentials to land an entry-level gig, according to Scott, but interpersonal and multitasking skills, a solid grasp of medical terms and computer competency are musts. Although job openings should be abundant, searching and applying for positions at clinics and hospitals helps. 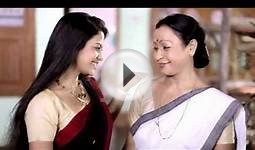 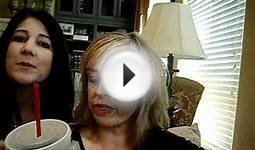 I Could Have a Career in the Medical Field

@Brett Baskin: All the medical Careers that require Bachelor degrees are trash Fri, 26 June 2015 02:55 AM