Careers in Music Business/Management May 3, 2016 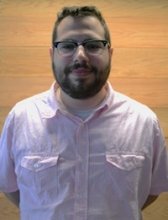 Personal managers represent one or more musical groups or artists and oversee all aspects of an act's career. They deal with and advise the act(s) on all business decisions, as well as many of the creative decisions an artist must make, and attempt to guide the artist's rise to the top.

Booking agents work to secure performance engagements for musical artists and groups. They work to find talent to book and may be involved with developing the talent toward a goal. They must possess good communication skills to sell talent and develop contacts in the music industry. They often work closely with an act's manager and may be involved in setting the fee and negotiating with promoters or clubs. A booking agent is paid a percentage of the negotiated fee for an act's performance.

The concert promoter presents, organizes, advertises, and in many cases, finances concerts at performance venues such as arenas, festivals, clubs, church buildings, auditoriums, etc. The promoter often secures money for the concert by finding others to share in the profits/expenses. However, it is often times the concert promoter who absorbs all the financial risk.

The IRP contacts radio station program directors, music directors, and disc jockeys in a local, regional, national, or even an international market. They set up appointments with these station people and bring a number of new album releases as well as a supply of promotional or press material relating to the artist or band. An IRP may socialize frequently with program directors and music directors to help improve the chances that a radio station will add a song to its playlist. An IRP often will often take key radio station personnel out to lunch, dinner, or for drinks. They may also bring a program director to a club in order to listen to a group play songs live and gauge audience response.