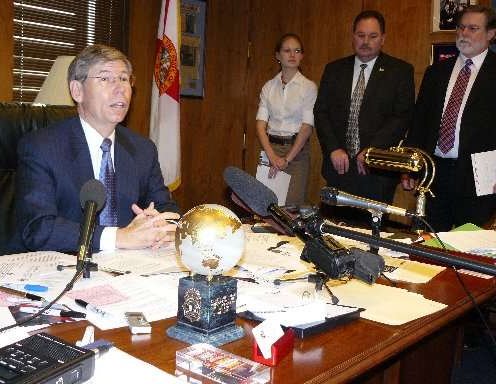 WAYCROSS, Ga. - There was a time when an individual looking for a job at a convenience store would walk in and ask for an application. The job seeker would return later with the completed form - filled out by hand - and then it would make the rounds to the store manager, supervisor and even human resources department. This first step was then followed up with countless phone calls and interviews before anyone even got hired.

This, however, is no longer standard operating procedure at locally headquartered Flash Foods, a subsidiary of The Jones Co. With the help of PeopleMatter, the convenience store operator has streamlined its hiring process and is now working to do the same to its training process.

The PeopleMatter talent management solution takes the entire paper trail and moves it online. Now, potential Flash Foods employees fill out an application online, including a hiring assessment, which a manager or supervisor can immediately access anywhere, anytime.

Prior to signing up with PeopleMatter, Flash Foods CIO Jenny Bullard said the c-store retailer worked with another software company to provide an online application, but was struggling to make it work. That company was acquired by PeopleMatter, which presented Flash Foods with a new process it was working on. After some review, the chain signed a contract with Charleston, S.C.-based PeopleMatter in March 2011 and went live with it in July.

"It is so easy to use from an applicant's standpoint and on the back end for supervisors and managers, " Bullard explained. "We wanted it to be simple; that is what really excited us."

Once new employees are hired, they complete all their onboarding tasks online through PeopleMatter, as well. These tasks include tax forms, payroll information and tax credit information.

"Previously, everything was paper oriented: the application, hiring, government forms, payroll, the new hire packet, " Bullard said. "Then, the new hire packet would have to be sent back to human resources so the employee's information could be entered into the system."

PeopleMatter has eliminated a lot of rekeying and file space in the company's corporate office, she noted.