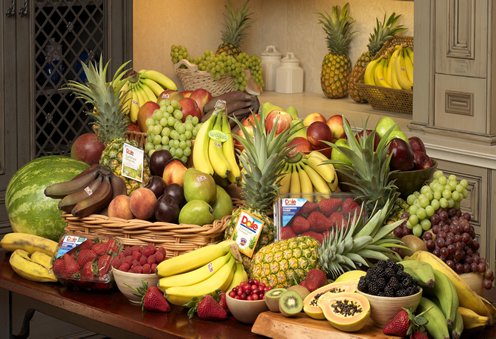 Dole is one of the world’s largest producer, distributor and marketer of fresh fruit and vegetables. We are experts. It’s what we do, and we take great care to see that we do it well.

Our story started in 1851 in Hawaii with the establishment of Castle & Cooke.

In 1899 James Dole arrived in Hawaii with $1000 in his pocket, a Harvard degree in business and horticulture and a love of farming. He began by growing pineapples. After harvesting the world’s sweetest, juiciest pineapples, he started shipping them back to mainland USA.

In 1911 a Dole engineer, Henry Ginaca, invents a machine that peels, cores and cuts pineapple at the speed of up to 100 pineapples per minute. The Ginaca is now an industry standard.

The DOLE name is known and trusted by millions of people around the world for product quality, taste and goodness, contributing to your health and wellbeing. In 1933 recognizing the popularity and quality associated with James Dole's name, the company first stamps "DOLE" on cans of pineapple and pineapple juice.

In 1943, Lester V. "Bud" Antle founded a produce packing and shipping company in the Pajaro Valley in Central California, naming it BUD Antle. You still see the BUD logo on many of the commodity Dole Fresh Vegetables product cartons.

In 1978 Dole bananas are launched in Europe. Careers in the Food and Drink Industry CAREERS IN THE FOOD INDUSTRY