What is Criminal Justice?

If criminology is the study of crime, and its causes, costs and consequences, criminal justice is the system in which crimes and criminals are detected, detained, tried and punished. Most often associated with law enforcement alone, people who study criminal justice actually look at all of the different components and inner workings of the system.

There are three main components of the criminal justice system: law enforcement, courts, and corrections. These three components work together to prevent and punish deviant behavior.

The law enforcement function is perhaps the most visible. Police officers are typically the first contact a criminal has with the system. Police patrol communities to help prevent crimes, investigate incidences of crime, and arrest people suspected of committing crimes.

Once a person is arrested, they enter the courts system.

The courts system consists of attorneys, judges and juries. In the courts, the guilt or innocence of the suspect is determined. After the evidence is presented and weighed, and after the suspect, now defendant, is offered the opportunity to confront his accusers, he is either released or is found to have committed the alleged crimes. If found guilty, the suspect receives a sentence, or punishment, based on criteria set by the judge and by statutes. After the defendant is sentenced, he is turned over to the corrections system.

The corrections system incorporates all forms of sentencing and punishment. It includes incarceration, probation and parole. A convicted criminal is the responsibility of corrections until his full sentence is served or commuted. Corrections include prisons, jails and probation and community control officers.

Our modern ideas of justice and the ways in which we deal with crime and criminals has evolved significantly over thousands of years. Once a matter of vengeance and family blood feuds, crime has come to be viewed as a societal problem, thus requiring a societal or governmental solution. 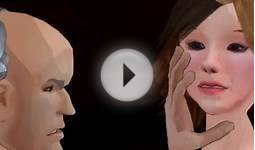 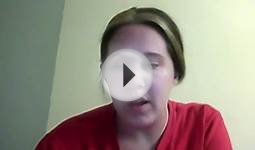 @dutaut At what stage will we ever see justice? The misuse of drugs is a very serious criminal offence but Kent police think we deserved it Thu, 25 June 2015 12:48 PM

@Snubs I'm currently is school for my criminal justice degree with a focus on cyber security. What should I focus on tech wise? Thu, 25 June 2015 05:31 AM